She is a double star stone hunter from the manga / anime known as Hunter x Hunter. Her name is Biscuit Krueger but she prefers that people call him Bisky. Biscuit is the one who was hired by Baretta to finish the video game Green Island following the auction for the video game in Yorknew city. She was a tritagonist in the Green island arc. She has a famous saying that “after 50 years of lying through my teeth, I can tell if someone’s telling the truth.” Her japanese name is Bisuketto Kuruga. Tara Sands her voiced her in english and Chieko Higuchi has voiced her japnese along with Takashi Hagino. She appeared for the first time in the manga in the chapter 125 and directly appeared in the anime in episode 73. Her age is 57 and she is a member of the Hunter’s association. She is a shingen ryu master, nen teacher, Marayam and also a royal body guard for the prince himself. She was also an examiner in the Hunter Exam.

Bisky looks like a young girl. She is literally a doll. She is often shown in the anime wearing a sleeve less dress. Below that, she wears a bloomer with a mantle skirt. She wears gloves in her hands and for foot wear, she prefers plain shoes with are made of leather. Her hair style is always done neatly and she has changed her hair style many times. But in her true form, she looks extremely muscular. But she prefers to keep this form as it confuses her enemies and makes her look younger.

Bisky is often seen using her young looks and use her appearance of a cute doll always to her advantage. She does this when she needs some information she is not getting or to confuse her enemies in battle. At the beginning of the series, she decided to split up Gon and Killua and make them enemies, but later as the story went on, she adored them and now is like a parental figure to them. She tends to go on a rage outburst when someone points out her true age. Killua is one of her victims regarding this. She also tends to argue with people whose opinions differ from her own. She is fond of handsome men and is delighted when sees them anywhere, even in battle.

She is a top level fighter and has many powers like Preternatural perception, massive and inhuman strength. Her speed and reflexes are off the charts. Her stamina reserve is huge and her smart and analytical approach is accurate. She is a master in hand to hand combat. She has also proved herself to be an excellent teacher. Her Nen type is Manipulation and Transmutation. Her nen provides her the power of Magical Esthetician and Piano message.

Her name Biscuit or Bisky came from the word Bisque doll. 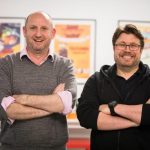 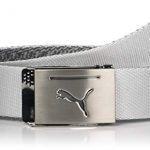 Next Article The Best Golf Belts: What You Should Consider When Buying One