2021 has been a year of ups and downs for humans around the world. Even worse than 2020, the COVID wave did hit India massively in 2021, taking several lives. Hence, it became a duty of NGOs to perform at a very creative level. Just Wish, in this challenging perioded over 2,00,000 food packages in India and at the same time, they made sure to provide other basic needs to the people who did not have any work. After the end of the first wave, they did return to the cities. However, the second COVID wave did hit them massively.

Hence, every NGO took it as an aim to make things better as much as it is possible. Just like every month, Just Wish was planting thousands of trees every month. However, in the month of March and April, it did become very hard for them to see a light at the end of the tunnel. Hence, in June, Just Wish did fill up the spaces of the last two months.

As Lord Hanuman is the symbol of protection in India, Just planned to make a 251-feet long statue of Lord Hanuman. The reason behind making this statute is to give people hope, so they can fight against COVID in a courageous manner.

Just Wish was founded in the summer of 2017 by Indian entrepreneur Sushil Singh, who spent his childhood in the Chawal of Mumbai, Maharashtra, India. Hence, he does have a connection with those who do need it the most. Hence, Just Wish came with a plan to help young students. In the month of August, when schools were opened again, Just Wish provided students with the protection with sanitization as the vaccination for children is yet to be found and then implemented.

In Noida, Just Wish provided projectors to government schools so the students can meet with technology.

“When I was at the government school, I did not get the chance to meet with technology. Hence, I aim to provide something new to those who are where I was, so we can make even better entrepreneurs in future. And it is a moral duty of everyone to promote the next generation to become better the previous one. Otherwise, the world will not take the positive step and nobody likes the still world,” said Sushil Singh. 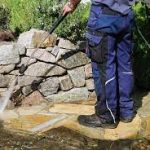 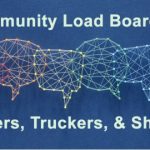 Next Article Why Online Load Boards Aren’t the Best Option for Truckers, Brokers, and More?

Kristen Hancher is a Canadian who is a popular actress and a well-known social media personality by profession. She is popularly known for portraying popular […]