The FA Women’s Super League (FA WSL) is flaying at the moment (midfielders). Hence, the English top-flight league is captivating several top players across the globe. It shows how much England is doing to develop female sports. A major credit behind this does to Sky Sports, BT Sport and other platforms for providing funding to the women’s division. They promised to change the landscape of women’s sports in 2014 or so. Within six to seven years, one can see a huge change in the world of football. Indeed, major brands with ethical backing can do a lot many things.

Let’s take a look at the top 5 midfielders in the Women’s Super League.

Danielle van de Donk is one of the best leaders in the history of women’s football. Plus, her style of play in midfield does help Arsenal and the Netherlands massively. Danielle likes to command from the middle of the pitch. It indeed makes her class even better in many different ways.

For every Manchester United fan, Jackie Groenen is a modern-day legend. The Netherlands international joined Man United when they just started the race. In just two years, she has played a huge role to back Man United at the top of the WSL table. Groenen is a very good-looking lady with an amazing football brain.

Ji So-yun is indeed the wall in the middle for Chelsea. She has indeed played a huge role to make Chelsea a top European club. It might be very hard to pick one better player than her from Asia. She is indeed that good.

Kim Little indeed puts Scotland on the map in women’s football. The Arsenal midfielder is as sharp as any other player. The way she carries herself is indeed just fantastic. The way she works with Danielle van de Donk can inspire anyone. 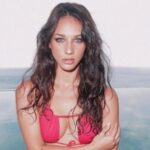 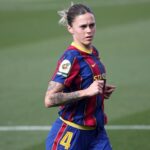 Next Article Top 5 defenders in female football in 2021