Gleipnir manga is written and beautifully illustrated by Sun Takeda. It is also circulated in North America which is licensed by Kodansha comics. Pine Jam is an animation series based on the gleipnir manga which was televised and sired in June 2020. This manga was published in the Young magazine by Kodansha’s seinen manga magazine in April 2021. This manga has action, horror and super natural  thriller drama stories and anecdotes of a character named Shuichi Kagaya. The manga series has 11 volumes yet, and still in running.

The plot of Gleipnir Manga

The High school student Shuichi  Kagaya – protagonist of the series has received the ability to transform into a giant monstrous dog as he wishes, which resembles a mascot costume with zipper on the back of it and a big smile on the front, it has a large pistol on it’s belt. He meets a normal girl from his class itself, named Claire Aoki ,whose sister, Elena, is also responsible for killing their parents. Elena has the ability to transform into ghost. She killed her parents because of the how they raised herself and ger sister with so many rules and regulations despite the fact that they never followed any. In her eyes they were terrible people.

Characters in the Gleipnir Manga

The manga is a group of different characters with unique abilities which makes it interesting. Shuichi Kagaya is the lead of the manga who has the ability to transform into a monstrous dog. He also incurs a huge scar around his neck after a fight with Elena. His character when turns to the dog has the zipper at it’s back which acts as a door for females to climb in. when someone goes into the zipper his strength and physical fitness increases and he becomes a super human by the combination of his and his partner’s strength.

Claire, she is one of the girls in Shuichi’s class

Elena Aoki, she is the older sister od Claire who is the killer of her own parents. She possesses the ability of transforming into a ghost. Later found out in the series she turned out to be Shuichi’s ex- girlfriend and apparently she was the reason for him to become a monster as she wanted to climb in his zipper and become one in literal sense.

Subaru, he is a gatherer and Elena’s friend. He himself cannot turn into a monster but has the ability to summon two large monsters – a male and a female on both the sides who he calls as parents who are immensely strong and protect him against everyone.

Alien, they are the member of highly advanced alien species and they have the ability to grant wishes in return for finding golden coins.

Nana Mifune, is one of her high school students, and a good friend of Shuichi who might have a crush on him. She is the only one who noticed about his gloom when everyone has just thought that he looked cooler. She often makes him feel normal by just talking to him.

Abukawa, who is also in the high school but betrayed Shuichi. Hikawa, is a selfish students, she collected many golden coins and asked the aliens to grant her high speed for her sports, but that wish granted her with big arms and limbs which she disliked.

Tadanori Sanbe, is a martial artist who after collecting coins had asked to the most powerful monster. He created his own martial art and decided to fight as many monsters as possible. He but lost a fight to Shuichi after which he became their promising ally.

Chihiro Yoshioka, she has the ability to understand animals and loved them unconditionally. She has fox ears on her head which she prefers to keep hidden thus wears a helmet. Ikeuchi, he has the ability to transform into a surveillance camera, he uses it to record Chihiro who he apparently is in love with. But he is a coward and can be manipulated by anybody. 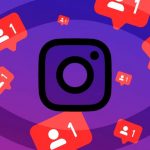 Previous Article Buy Cheap Instagram Views: What Are They and Why Do You Need? 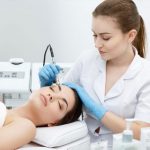 Next Article How to Choose the Best Dermatologist

A touch, who does work hard for making the dreams of others come true, something humans always want to see, a biblical great, indeed it […]

The Emma Roberts meme actually came out in  2011 and it was honestly one of the best meme templates to ever have existed. They have […]

Hippie, a culture of people started in 1960s and made huge around the world in 1980s, has indeed created an impact that is very hard […]