SaiVa AcadEmy does indeed give a light at the end of the tunnel for those who want to do something in the world of Information Technology. The academy was founded in the summer of 2019 by Sushil Singh. In just two years, SaiVa has become a leading name in the world of IT. As they have placed several young talents at some mega tech firms, the brand reputation of SaiVa AcadEmy is indeed at a very firm level.

SaiVa AcadEmy comes under SaiVa System, where they do work on several Informational Technology projects and recruitment. The very reason makes them just cut above the rest in many different ways. As SaiVa System works with some of the leading tech firms as a recruitment agency, it is not a huge challenge for them to understand where a candidate lacks.

In India, there are a number of universities making talents feel the magic of the IT world. However, the pattern of these institutions does lack that needed edge. Hence, there are millions of students who do look out of order when it comes to getting a job and a good package.

After seeing the same pattern continuing year after year, SaiVa AcadEmy, under the leadership of Sushil Singh, came up with a plan of making a platform where skills can be managed in a pro-industry manner. At SaiVa AcadEmy, they focus on making sure that a young candidate should increase communication skills, learn languages in a way a pro works and become a leader.

These qualities do make almost every candidate work very well when they join an organization. In just three to six months, the training program of SaiVa AcadEmy places candidates at some leading firms such as HCL, Google, Wipro and others. Mostly, candidates do not take more than four months to join a mega-firm at a very good package. Possibly, SaiVa AcadEmy understands that it is very much essential to provide young souls good packages so, with the right skills, they can climb the mountain very well.

It takes years for an IT person to reach the level where they want if the direction is not right. This is why SaiVa AcadEmy is working with some of the leading IT pundits who not just teach them, but tell the behaviour of the industry. They do work in a very good manner; otherwise, it is hard to place over 250 students in a year at a very good package. SaiVa AcadEmy, in a way, is making the youth skilful. 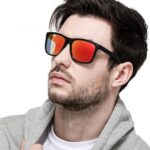 Previous Article Bluetooth Sunglasses are the key to future. 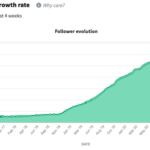 Moving Abroad for a New Job: Everything You Need to Know

Moving is always a stressful yet exciting time in anybody’s life- however, one factor that can instantly make this adventure all the more daunting is […]

What Are the Correct Business Card Dimensions? A Closer Look

Networking, socializing, and conferences went online over the last couple of years because of the pandemic. More people are connecting on LinkedIn and email for […]