Being a skilled data scientist means understanding every integral part of machine learning. And when it comes to machine learning, everything comes down to algorithms. You cannot depend on one single algorithm to keep your system running smoothly. This is why you must know about the most common data science algorithms and how each one works.

It’s not about choosing the best algorithm and applying it to all applications. It’s more about finding the right balance of algorithms and making them work with each other.

Of all the algorithms in data science and machine learning, linear regression is the most common. You establish a relationship between the dependent and independent variables to make the best predictions and get the most accurate results.

When you do a Data Science Certification, you are taught to predict the value of continuous quality where with your input and output variables, you create an equation that looks like this:

y = Output or dependant variable whose value you need to predict

x = Input or independent variable whose value you have

Logistics regression is one of those data science algorithms that is similar to linear regression but is primarily used in binary classification problems. The end goal is to find the values of the coefficients, but the formulas used are different.

The converted values are converted into values that lie in the range of 0 to 1 and form an S-shaped curve. Due to this S-shape, the logistic regression is often also called the Sigmoid function, and the equation looks like this:

When both classification and prediction data come to a problem crossroads, a decision tree can help you solve the problem. The outcome is decided by going through levels of the decision tree, where at each level, a feature is mentioned. In the direction in which you keep making decisions, more qualities will unfold, and in the end, you will have made a decision depending on the situation and choices provided.

Support Vector Machines or SVM algorithm is where you plot raw data points in an n-dimensional space. Then a hyperplane is used to separate the points by class in the input variable space.

In these data science algorithms, the class can be either 0 or 1.

The Principal Component Analysis, or PCA, is used to reduce the number of variables and make the data easy to explore and visualise. The way it’s done is the data is captured in a new coordinate system where the axes are called principal components.

Naive Bayes is the algorithm that is primarily used in predictive modelling. Two sets of probabilities are calculated independently to make new predictions using the Bayes theorem.

A and B are two events.

Because these probabilities are calculated independently, the algorithm gets the name ‘Naive’ Bayes.

First, you need your training data set. Then you select your k value and, using an essential distance function like Euclidean, calculate the nearest neighbours’ data.

When there are multiple variables in a data set, it becomes hard to handle. All the unnecessary variables could impact the final prediction in the wrong way bringing you the wrong conclusion.

So using dimensional reduction algorithms, the critical variables are identified and separated from the bunch. This data science algorithm usually utilises other algorithms like random forest and works in collaboration with them.

Gradient Boosting Machines, also known as Gradient Boosting Algorithms, are used when there is a large amount of data to be handled, and the results need to be highly accurate. So gradient boosting algorithms combine multiple smaller and weaker predictors to build a strong predictor.

These are all the standard data science algorithms that data scientists use nowadays. All of the data analysis is done using various data tools along with these algorithms. 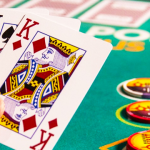 Previous Article How To Play Rummy: The Ultimate Guide For New Players 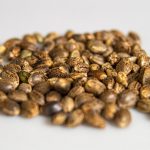 Here at one direct, we’ve compiled for you the Kenwood radios: Top at the marketplace. that we consider will notably enhance your group’s conversation and […]

How to Find the Best Company for Website Design in Knoxville, TN

To Find the Best Company for Website Design in Knoxville, TN, you must first know what a web designer’s job is so that you should […]

Cryptography is nothing but a process that increases the security level of data or an app by adding authentication, data confidentiality, non-repudiation, and other security […]

Indications for the use of the superfood Oculax

Oculax Oculax is a unique all-natural drug that will save a person from any vision problems, as well as prevent the development of even serious […]