Did you know that your home could be emitting a bunch of different chemical gases that are really bad for the environment? From carbon dioxide to methane to nitrous oxide, these greenhouse gases can wreak havoc on the planet as a whole.

You can reduce the potentially negative impact that your home is having on the planet by using fewer fossil fuels to heat it and by relying on renewable energy. Otherwise, the chemical exposure from the gases coming from your home could do some serious damage to Mother Nature.

Here are just a few ways in which chemical gases can be bad for the environment.

They Pollute the Air

When chemical gases are released from homes, businesses, and vehicles, they don’t just float upwards as you might think. Instead, many of them tend to linger down near the ground where they cause air pollution.

Air pollution has turned into a huge problem in many cities all across the world. It makes these cities look awful. It also results in health problems for many people.

They Cause the Greenhouse Effect

While some chemical gases will hover near the surface of the earth, others will work their way up into the lower levels of the atmosphere. When they arrive, they’ll cause changes to these levels and result in the greenhouse effect taking hold of the planet.

The greenhouse effect is one of the things that is causing the earth to become warmer over time. It’s trapping heat near the earth’s surface and preventing it from escaping. This could lead to more and more global warming over time.

They Deplete the Ozone

In a worst-case scenario, chemical gases can cause portions of the ozone layer to deplete. When this happens, it can lead to more of the sun’s UV rays reaching the earth’s surface and putting people at risk.

The good news is that some holes that have formed in the ozone layer in the past have cleared up thanks to people’s commitment to going green. A lot of people have done things like installing solar panels with the help of companies like BRS to do their part to help the planet.

But not everyone has gotten on board with this, which is why the ozone is still considered to be at risk. The onus is on everyone out there to do what’s right for the planet by stopping dangerous chemical gases in their tracks.

Chemical Gases Can Be Very Dangerous to the Globe

You might not give chemical gases much thought on a daily basis. But they’re all around you!

Find more eco-friendly tips and tricks by reading through the rest of our informative blog articles. 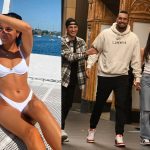 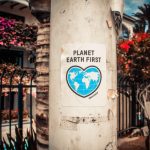 Next Article How to Become More Sustainable in Your Daily Life

Excess Inventory on Amazon: What Should You Do With It?

Did you know that the estimated excess inventory for clothes in a single fashion season can reach $160 billion to $185 billion globally? As an […]

6 Mistakes with Gold Trading and How to Avoid Them

Are you looking for a reliable investment amid the unpredictable global economy? If you are, buying and selling gold is an excellent choice. Gold is […]

The Key to Becoming a Productive Employee While Working From Home!

The new normal is hard to adjust to. It’s unfamiliar and it’s not really fun when we’re forced to confine within our spaces with minimal […]

Starting a business online is not easy gravy. It indeed takes a deep level of planning to make things look structured. In a way, it […]