[Why You Must Educate Yourself About the Risks of Marijuana]

Marijuana is becoming more and more popular each year. With the legalization of recreational marijuana in certain states, it’s no surprise that people are curious about this plant.

However, before you decide to try marijuana, it’s important that you educate yourself about the risks associated with its use. In this article, we will discuss some of the dangers of marijuana so you can make an informed decision about whether or not to give it a try.

Despite what many of the proponents of marijuana claim, you can become addicted to marijuana. While it isn’t physically addictive in the same way alcohol and cigarettes may be, you can just as easily develop addictive habits with cannabis.

This is known as cannabis or marijuana use disorder. It is extremely common among marijuana users, and in most cases left untreated, leading to a host of other mental illnesses including anxiety, depression, and even psychosis.

Smoking marijuana can lead to impaired judgment and negatively affect your ability to think clearly. This is because THC, the active ingredient in marijuana, alters the way your brain functions.

THC binds to receptors in the brain that are responsible for things like memory, coordination, and pleasure. This can result in short-term side effects which include anxiety, paranoia, short-term memory loss, and difficulty thinking and communicating.

These side effects can be especially dangerous if you are driving or operating machinery —which is illegal in states where marijuana has been legalized for recreational or medical use.

This risk factor has been significantly downplayed by marijuana proponents —and understandably so, since the original propaganda campaigns demonizing marijuana portrayed it as a substance that would turn peaceful people into murderous lunatics.

However, there is some truth in the middle, as cannabis strains with high levels of THC are more likely to result in paranoia and other adverse side effects, which may include aggression. If the individual is predisposed to aggressive behavior, then feelings of paranoia caused by the high levels of THC can exacerbate these tendencies.

Also, aggression can be linked to irritability from marijuana withdrawal (also a real thing). So while marijuana won’t send you on a raving spree of violence, it can certainly contribute to aggressive behavior. To learn more about whether or not cannabis can make you aggressive, check out this article on Veriheal.

Much like cigarettes, marijuana smoke is damaging to your lungs.  It contains harmful chemicals like tar and carcinogens that can lead to lung cancer, bronchitis, and other respiratory problems. Even if you don’t smoke marijuana, inhaling secondhand smoke can be just as harmful to your health.

That’s why it’s always better for your health to avoid smoking and opting for vapes, edibles, or tinctures in place of smoking cannabis flower.

This is especially true for marijuana users whose brains are still developing —we’re looking at you, teenagers. There is a great deal of research demonstrating a loss of up to eight IQ points in people who started smoking marijuana in their teenage years and formed a habit which persisted beyond the age of 18.

If you value your cognitive functioning and intelligence, it’s crucial to use marijuana responsibly, in moderation, and when your brain has fully developed.

Some people may view marijuana as a benign substance, but it can actually lead to a number of mental health issues. For example, frequent marijuana users are more likely to experience anxiety, depression, and paranoia, as we already mentioned.

Additionally, the active ingredient in marijuana, THC, can interact with the brain’s chemistry in a way that exacerbates psychiatric disorders like schizophrenia.

And while marijuana use has been linked with an increased risk of psychosis, it is important to remember that not everyone who uses marijuana will develop a mental health problem. However, if you are struggling with a mental health disorder, it is best to avoid using marijuana.

While marijuana may have some benefits, it is important to be aware of the risks associated with its use. These risks include short and long-term side effects, damage to your lungs, and mental health problems. So if you are going to use marijuana, make sure you do so responsibly and in moderation. And always remember to educate yourself about the risks before using cannabis.

Tags :
Marijuana can be addictiveRisks of Marijuana 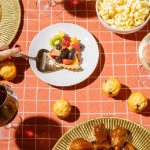 Previous Article How to Pair Alcohol with Food – a Guide 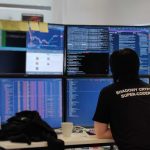 Next Article Series B Led Wintermute To Raise 20 Million

You Might be Doing These Things Wrong With Your Diet Lately

There are many reasons why it is essential to maintain one’s health – Maintaining a healthy weight can help prevent heart disease, stroke, and diabetes. […]

While your baby is getting older, he or she becomes extremely interested in trying new things, especially foods. They subconsciously copy their parents who can […]

What is beard shampoo, and how to use it?

Introduction Beard shampoo is a special type of shampoo that’s made specifically for beards. It’s designed to nourish and condition the skin underneath your beard […]

Cannabis has for centuries been known for its healing properties. Recently, it has become a popular ingredient in various wellness products. A CBD bath bomb […]