The term “Thug life” is a very savage short quote that has been with us from a long time. This quote become so famous people literally started to write this as their facebook bio back then. 2014 was the year when these video memes started to spread rapidly. These memes originated from YouTube. There were videos where people would do something very savage and then the video would be paused. Next thing you know, they are wearing a gold chain, a cap that says thug life, and also have a cigarette in their mouth. These all were so that the person would look cool, savage and gangsta.

Almost everyone knew about the Thug life meme when it first came out. And they still do to this date. It’s just simply unforgettable. It became such a viral sensation. It shared so much positive, happy & fun vibes. People were printing the phrase on their tshirts, caps, phone covers etc. People were writing this one their social media, people were editing photos of their own friends and sharing them. Some even got a tattoo of the THUG LIFE. It really made our lives Thug at that time. A YouTuber named lololyn first posted this meme. After that a redditor reposted the video which got more than 2K points. A subreddit opened called r/ThugLife which got  15K members as soon as it opened. The Thug Life meme reached its peak in the February of 2015.

Choice of the girls 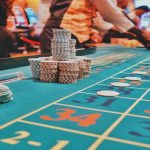 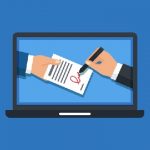 Next Article The Ultimate Guide: All You Need To Know About eSignatures

Strawberry Aesthetic is indeed creative as it is blessed by nature and loved by humans. From farming to setting props to eating, Strawberry does have […]

Dark Grunge Aesthetic does indeed have modern art that is very hard to beat. It does show the voice of youth in the best manner. […]

Todoroki Aesthetic does have the balance that does make him cut above the rest. This does indeed make Todoroki a special person who does make […]

There are numerous ways of exerting fun and with the help of sarcasm, one could find joy in almost anything. With the recent trends of […]