Defending is the ultimate art of football. Hence, it is a very well-respected place in the world of football. Female football is indeed blessed to have many top defenders. Some might say that it is a much unsung place as it is hard to become the world’s best footballer from the backline. However, there are some who make us believe that defenders can be the best players in the whole world. When Lucy Bronze wins the UEFA Women’s Player of the Year Award in 2019, it indeed makes many feel that it is possible. Hence, let’s take a look at the top five defenders in female football in 2021. Click here to know more about athletes like her.

Mapi Leon is a Spanish wall who plays for FC Barcelona. She is famous for making the right moves for protecting the backline. Mapi can play as a left-back and centre-back. It indeed shows her class of playing multiple positions.

Kadeisha Buchanan is a Canadian soccer player for the Olympique Lyonnais. Kadeisha is indeed famous for her brutal picture. Despite being a little inconsistent, she looks far better than others in many different ways. Kadeisha is a very disciplined lady with a bright future.

Irene Paredes is indeed a quality centre-back. She represents Spain and Paris Saint-Germain. Irene has indeed played a huge role in making PSG a sable force in French Division 1 Feminine. Irene is famous for making calm takes on the football pitch. Hence, things do become very normal for PSG and Spain.

Magdalena Eriksson is a class act. Hence, Chelsea signed her in 2017. The Swedish international is the best centre-back in the whole world. It shows how good she is. Magdalena is indeed famous for her never say die attitude.

Lucy Bronze is not just the best defender, she is also the best player England have. Other than winning major titles with the Lionesses, Bronze has achieved everything as a footballer. The England right-back is indeed a joy to watch. Instagram 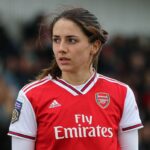 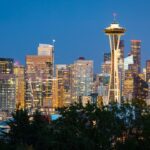