Onika Tanya Maraj , who is popularly known as Nicki Minaj, her age is 39 years  presently, her brought up is done in  Queens, New York , she went to LaGuardia High School and studied singing and acting. She is the one of the renowned American rapper and singer. It’s nothing new to see rapping queen being Meme face , since 2010 , when in interview she discussed about her sexual image, people were not happy with her answer and they trolled her on social platform, by posting content online, for example , there was post around 2011 , in which its title was “ Why Nicki Minaj is the Most Annoying Person in Music Right Now”, this was posted on the Phoenix New Times blog, there was another post Facebook  page named “I hate Nicki Minaj” which has total 4500 likes .

There are several memes of Minaj which are very popular such as  “Dan Nicky your Bobbie’s” where its evident that it was supposed to be “Damn Nicky your Bobbie’s” but it was wrongly typed , but it got highlighted and went viral , just like this there’s another meme which went viral related to Nicky , “Miley, What’s Good?”, back in 2015 , Nicky attended the MTV Video Music Awards, where she confronted the host of Award , none other Miley Cyrus , while giving speech , she said ‘And now… back to this bitch that had a lot to say about me in the press, Miley .what’s good?” , just after the moment when this clips of award broadcasted , people noted the remark of Nicky about Miley, when Miley posted her pic hosting MTV Music Awards on her Instagram handle , people flooded her comment box with the remark of Nicky , “ Miley, what’s good ?, it was all over the internet .

I SEE YOU BOO!

If you enjoy reading this type of Meme articles ,then  stay tuned for more such writeups  . 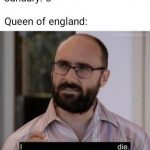 Next Article 6 Varieties of Engagement Rings and Their Significance

CBD is a substance belonging to the family of cannabidiol, cannabinoid, which occurs naturally in cannabis plants. The cannabis sativa plant family can be broadly […]

Cute White Aesthetic does have the charm and look that makes many people do love and follow it religiously. It does allow this aesthetics to […]

The Emma Roberts meme actually came out in  2011 and it was honestly one of the best meme templates to ever have existed. They have […]